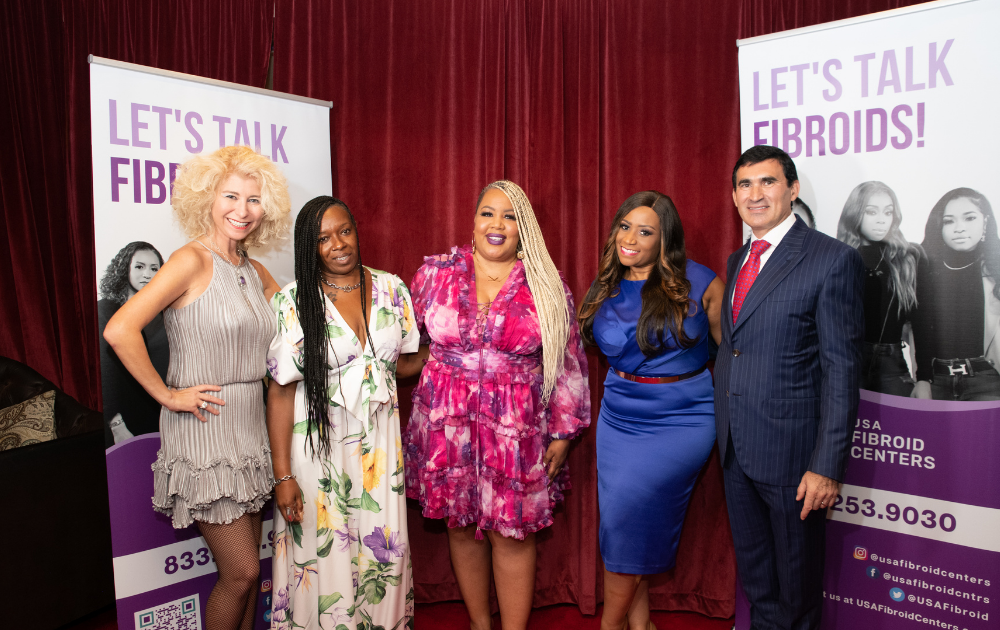 Northbrook, IL, August 5, 2021—The message of hope for women suffering from uterine fibroids resonated with the 100-plus attendees of the Fibroid Fighters’ A Night in Purple dinner that was held July 31, 2021, at the Empire Steak House, 151 East 50th Street, New York, NY. The event focused on the fibroid epidemic and honored New York Congresswoman Yvette Clarke who received the Fibroid Fighters’ Champion of the Year Award.

A Night in Purple began with Celebrity Make Up Artist Kym Lee sharing her 12-year struggle with uterine fibroids. Author and Life Coach Ella Destiny and filmmaker Erica L. Taylor also talked about battling fibroids, a disease that affects 26 million women between the ages of 15 and 50. Lee, Destiny, and Taylor are part of the Fibroid Fighters’ Ambassador Program that taps celebrities and community advocates to help spread awareness about uterine fibroids and enables women to find support dealing with fibroid symptoms.

Founder and CEO Yan Katsnelson, who spoke about the need to expand fibroid education and research, listened to audience members who shared their frustrations about the lack of better treatment options. Katsnelson, who presented the award to Congresswoman Clarke, applauded her efforts to introduce the Stephanie Tubbs Jones Uterine Fibroid Research and Education Act 2021 that earmarks $150 million to the National Institutes of Health.

“Fibroids can be quite devasting, especially for younger women,” said Katsnelson. “It’s astonishing the lack of knowledge that exists about these non-cancerous tumors. Even more concerning is the number of women who undergo hysterectomies for this condition.”

Katsnelson believes that the adoption of non-surgical procedures is needed, especially Uterine Fibroid Embolization (UFE). “Women need to know they have viable options to preserve their fertility,” he added. UFE procedures are performed by Interventional Radiologists and have success rates of over 95% according to the National Health Institute.1

Fibroid Fighters have held several awareness events this year across the United States. The non-profit’s goal is to unite community, religious, and political leaders, to recognize the significant health disparities that impact women and provide insight from patients’ perspectives.

Community leaders at the event expressed concerns over the limited treatment options, lack of insurance coverage, and the difficulty of finding fibroid specialists. They support the uterine fibroid bill because it can help correct significant health disparities, especially in minority populations, who are affected more severely by fibroids and who are more likely to have a medically unnecessary hysterectomy.

Uterine fibroids account for $9.4 billion (about $29 per person in the U.S.) spent each year for surgery, hospital admissions, outpatient visits, medications, and other health-related expenditures.2

“This doesn’t even address the physical, emotional, and mental-health toll that fibroids cause for women,” said Katsnelson. “We need to change the outcome of fibroid disease, so women have a better quality of life.”

The Fibroids Fighters Foundation is a public welfare organization created to advance the cause of women’s’ health and safe and effective treatment of uterine fibroids. Its mission is to educate the American public about the health, social and economic damages caused by uterine fibroids with a focus on research and advances in fibroid disease treatment. 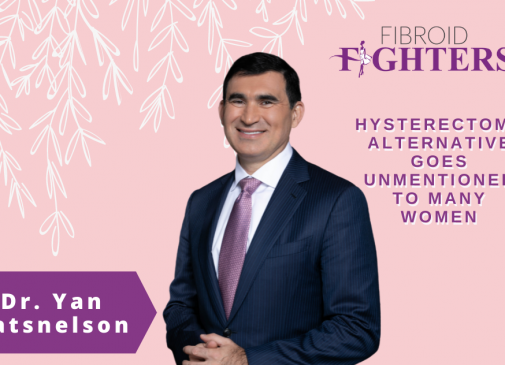 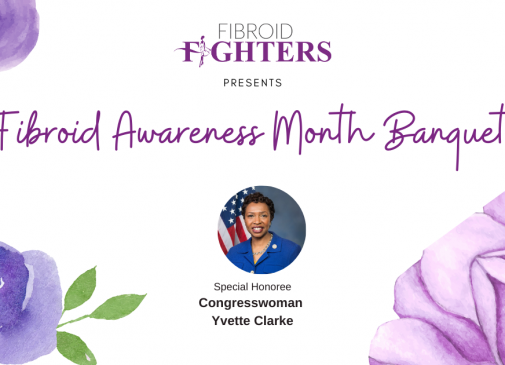