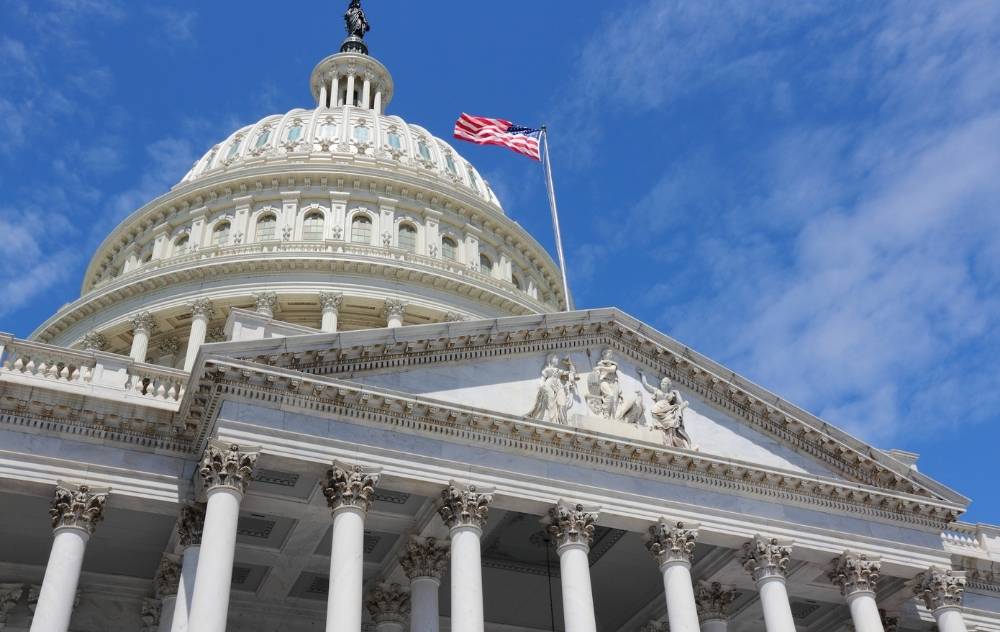 In an article published by the Endo Fund, shares that women of African-American descent are marginalized. They stated that, “NIH annual funding for the condition is $17 million — compared to $86 million for cystic fibrosis, which impacts far fewer people each year (though the great majority of those impacted are Caucasian).” And this is just a few of the many studies that show how little importance the U.S. puts on uterine fibroid research.

Thankfully, there are individuals like Congresswoman Yvette Clarke and Stephanie Tubbs Jones who are pushing boundaries when it comes to uterine fibroid research and fibroid education.

Who Was Stephanie Tubbs Jones?

In 1998, Stephanie Tubbs Jones became the first African-American woman to represent Ohio in Congress. She was passionate about representing important key topics such as home ownership, women’s health, and voting rights. When asked why she placed on these specific topics she responded, “All my life I had wanted to help others, and I had been active in helping others,” Jones said, “I was always interested in service.” Stephanie Tubbs Jones was a leader in advocating for women’s health research and fibroid education within the political space.

Between 2001 to 2008, Stephanie Tubbs Jones and Senator Barbara A. Mikulski, a well-known Maryland Senator, introduced the Uterine Fibroids Research and Education Act. This one a joint effort that proposed a budget of $10 million to fund research by the NIH and increase public awareness for uterine fibroid health education and research.

One of the main reasons Jones was incredibly passionate about this bill was because African-American women are statistically more likely to be affected by uterine fibroids when compared to that of Caucasian women. Although the bill never passed, her efforts were rewarded by increased awareness of uterine fibroids. She pressed on and worked until her sudden death in 2008 towards increased funding for black women’s health research and fibroid awareness.

Who Is Congresswoman Yvette Clarke?

Congresswoman Yvette Clarke has been a member of the U.S. House since she was elected into office in 2013. She represents New York’s 9th Congressional District and is a member of the Democratic Party. Clarke is a proud advocate for uterine fibroid research, education, and awareness. She also is passionate about introducing legislation that increases the budget for women’s health research, especially for African-Americans.

The founder of the Fibroid Fighters Foundation, Dr. Yan Katsnelson, had the privilege to sit down with Congresswoman Yvette Clarke in a video discussing how to effectively break the silence and stigma around uterine fibroids. You can watch the full discussion here.

Due to the apparent disparities among African-American women’s health education and research, as well as fibroid awareness, she has recently introduced the H.R. 2007 bill also referred to as the Stephanie Tubbs Jones Uterine Fibroid Research And Education Act Of 2021.

The Stephanie Tubbs Jones Uterine Fibroid Research and Education Act of 2021 is a bill that has been recently introduced to Congress by Congresswoman Yvette Clarke. The main goal for the H.R. 2007 bill would increase research funding and improve awareness regarding uterine fibroids. Alongside Clarke, this bill is co-lead by Congresswoman Robin Kelly, Congresswoman Bonnie Coleman, and Congressman David Scott. Because both Jones and Clarke are/were focused on raising awareness about the health disparity for African-American women, the bill highlights the crucial need for improved patient and provider education surrounding the heightened risk for fibroids faced by Black women.

Within the bill, Clarke has proposed that the NIH allocate $150 million for uterine fibroid research funding. The H.R. 2007 bill states a list of reasons why increased funding and awareness is needed, “current research and available data do not provide adequate information on the prevalence and incidence of fibroids in Asian, Hispanic, and Black individuals.” Additionally, the bill states that, “at the federal level, uterine fibroid research remains drastically underfunded as compared to patient disease burden. In 2019, fibroid research received about 17 million (dollars) in funding from the National Institutes of Health, putting it in the bottom 50 of 292 funded conditions.” It goes on to illustrate numerous reasons this bill should be passed to help women in the U.S. live healthier lives without the burden of uterine fibroids.

What Are the Goals of the Fibroid Education Bill?

The goals are clearly defined in the H.R. 2007 bill Clarke has introduced into Congress. The goals include:

When budgets allocate funding for uterine fibroid research, you can discover new therapies and information like Michigan State University did when they studied how a specific gene may influence how fibroids develop. You can check out the new study and what their findings were here.

One of the most important aspects of the bill is that it raises awareness of how many unnecessary hysterectomies are being offered to women with fibroids. Instead of treating fibroids with invasive, surgical procedures that cause women to lose their options for fertility, this bill stresses the critical need for increased research and fibroid education surrounding other “fertility friendly” treatments. Clarke states within the bill that, “the presence of symptomatic uterine fibroids is the most common reason for hysterectomies, accounting for 39% of hysterectomies annually in the United States. Approximately 42 per 1,000 women are hospitalized annually because of uterine fibroids, but Black patients have higher rates of hospitalization, hysterectomies, and myomectomies compared to white women. Uterine fibroids are also the leading 19 cause of hospitalization related to a gynecological 20 disorder.”

When over 44% of women diagnosed with uterine fibroids have never heard of the non-surgical Uterine Fibroid Embolization (UFE), you know there is a lack of fibroid education and awareness. This is why Clarke Kelly, Coleman, and Scott have put precedence on this bill and the need for legislation that can help women have more options and choices when it comes to their health. If you have fibroids, i’s important to learn more about the numerous benefits of UFE and how it can help alleviate painful symptoms while also retaining your fertility.

How the Fibroid Fighters Foundation Supports The H.R. 2007 Bill

The Fibroid Fighters Foundation is an organization that strives to bring increased awareness of uterine fibroids and associated symptoms. We are distressed at how few choices women are given when they go to their physicians about fibroid pain. As an awareness organization, we can’t believe that more than 16% to 70% of the 400,000 hysterectomies performed each year are considered to be unnecessary. Not only does uterine fibroid research need to be increased, but we need to focus on effective ways to eliminate the healthcare disparity for women of color.

The Fibroid Fighters Foundation supports Congresswoman Yvette Clarke in her mission of bringing about increased research funding for fibroids. We stand behind the H.R. 2007 Stephanie Tubbs Jones Uterine Fibroid Research And Education Act Of 2021 and hope it gets passed this year.

If you’d like to learn more about non-surgical fibroid treatment or need to find an outpatient center near you, give us a call at 855.455.5262 or contact us conveniently online. Don’t wait for your symptoms to worsen, get back to a healthier, more active life with fibroid treatment. It’s your time to take control of your life. 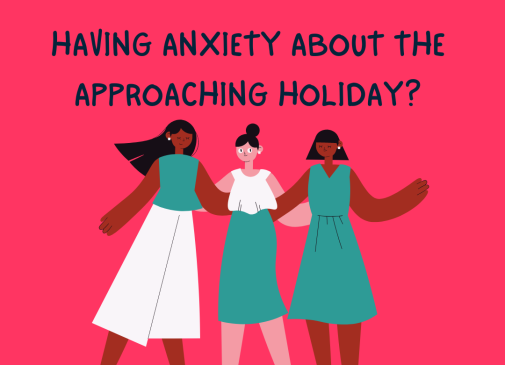 Tips for Enjoying the Holidays with Fibroids

Whether you are celebrating Hanukkah, Kwanzaa, Christmas, New Year’s, Three King’s or Boxing Day, the holiday season is a time to connect with our friends and family. However, if you 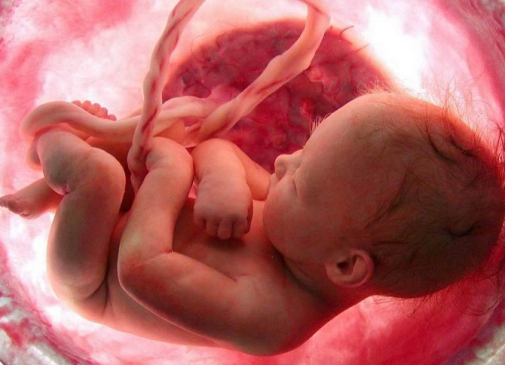 Did you know that one of the risk factors for fibroids is genetics? If have a uterus and your grandmother, mother, or sibling has fibroids, you are at a higher 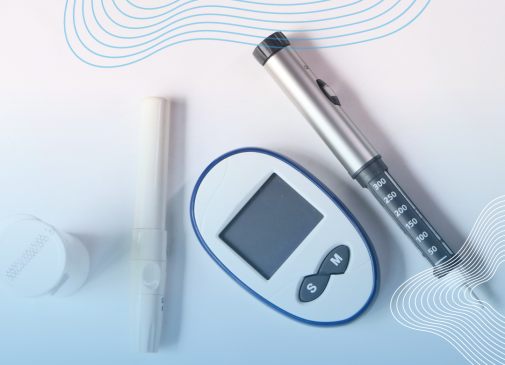 Are Diabetic Women More At Risk for Fibroids?

Did you know that 37.3 million Americans—about 1 in 10—have diabetes which can lead to other health conditions?  Each year, the National Diabetes Association has a November campaign geared to increase