Your Guide to Fibroids After Pregnancy

You’ve just given birth, and you are concerned about how your fibroids may change postpartum. Fibroids, which are noncancerous tumors, often shrink after pregnancy. In one study, researchers found that, 3 to 6 months after delivery, 70% of women who had live births saw their fibroids shrink more than 50%.

However, fibroids appear to revert to their pre-pregnancy proportions after six months. This process may be supported by the natural process that involves your pregnant uterus returning to its pre-pregnancy state. Alsohormonal changes and breastfeeding also play a role.

Typical symptoms of fibroids during and after pregnancy include cramps that are similar to menstrual cramps. Other symptoms include:

Whether you’re currently pregnant or have already given birth, it’s important to know the effects of fibroids post-pregnancy. We understand that pregnancy brings many changes, and you may be concerned about how  postpartum affects your period and other health issues like uterine fibroids.

Fibroids After Birth: What to Expect

It can be challenging to deal with painful fibroid symptoms during and after pregnancy, especially with hormones’ pivotal role. Typically, uterine fibroid symptoms like heavy bleeding and bleeding between cycles subside during pregnancy.

After a vaginal delivery or a Cesarean section, you’ll experience vaginal bleeding and discharge. It’s how your body gets rid of the blood and tissue that lets your baby grow in your uterus. The bleeding is the most intense the first few days after your baby is delivered. However, if significant bleeding persists, you should contact your doctor.

You may also still experience pelvic pain, increased back pain, or pain during sex. Although fibroids may pose certain risks during pregnancy, women can expect symptoms to subside after delivery due to the change in their hormones.

Check out the full article here on how fibroids affect labor and delivery.

You should be aware of a few symptoms if you have fibroids post-pregnancy.

Is it Normal to Have Fibroids and Postpartum Bleeding?

Some women with fibroids after pregnancy may see an improvement in their symptoms. However, many women experience worsening symptoms due to changes in estrogen and progesterone levels.

Some women report fibroids and postpartum bleeding that is light and irregular. If you are experiencing fibroids bleeding after birth, you’ll want to monitor how often you’re changing your pad or tampon so you can accurately inform your doctor. Your period before and after childbirth will vary; therefore, it’s vital to consult your doctor about how fibroids and postpartum bleeding will affect your cycle long term.

Even if you see an improvement postpartum, symptoms may increase over the next few months, which is why fibroid treatment may be necessary. Fibroid treatment can stop fibroids bleeding after birth so you can focus on what matters most –  the health and happiness of you and your baby.

We know you may have a few questions about how fibroids could affect your overall health after pregnancy. We’ve compiled our most “frequently asked questions” to help you understand how fibroids post-pregnancy can affect breastfeeding, if they will shrink, or if they could redevelop.

In a study published by the NCBI, it was found that breastfeeding didn’t directly cause fibroid to decrease in severity or size (regression)..2  Researchers found in a more recent study 3  a correlation between significant regression and no new fibroid growth when women breastfed their babies. In conclusion, there are many benefits of breastfeeding, but it may be too soon to definitively say if breastfeeding causes direct fibroid growth changes.

Will Fibroids Shrink After Pregnancy?

According to WebMD and a study published by the NCBI, researchers found that 70% of women who were seen three to six months after delivery saw their fibroids shrink more than 50% in volume and size.

Black and Hispanic women in the study didn’t see as much fibroid regression as Caucasian participants. Researchers are still unsure why race influences fibroid regression, but being of African-American descent increases your likelihood of developing fibroids by two to three times.4

Can You Develop Fibroids After Pregnancy?

In an article published by Reproductive Facts, 2% to 12% of pregnant women will develop fibroids during the first 12 weeks after conception.

Very few studies indicate whether or not fibroids can develop after pregnancy. We know that a woman’s fibroid risk decreases after having a child, but few studies show how likely fibroids are to develop postpartum, especially if you had these benign growths early on.

Do Fibroids Shrink After Miscarriage?

Although fibroids may diminish after birth, it isn’t the same after miscarriages. Doctors don’t see the same fibroid regression in women who have recently miscarried compared to ones who have had a live birth.

Researchers are still finding links between miscarriage, live birth, breastfeeding, and progestin use to fibroid regression. New studies are looking at how hormones affect each reproductive stage and how hormones play a significant role in fibroid development.

How to Safely Treat Fibroids After Pregnancy

Living with fibroids after pregnancy doesn’t have to be your reality. Treating fibroids post-pregnancy provides many benefits, including feeling like yourself again. If you have fibroids and are pregnant, doctors recommend waiting six months after delivery before undergoing treatment.

If you are considering fibroid treatment after a pregnancy or miscarriage, numerous surgical and non-surgical options are available to you. Uterine Fibroid Embolization (UFE) is a non-surgical, outpatient option that preserves your uterus and fertility. UFE can treat multiple fibroids of various sizes. UFE has a 90 percent success rate in reducing bleeding, eliminating pain, and shrinking fibroids for women who have fibroids after pregnancy.

During treatment, an interventional radiologist (IR) utilizes minimally invasive techniques to locate the fibroid(s), travel through your arterial system towards the fibroid, and deliver tiny embolic material to the site. Once the embolic material flows into the artery, it blocks the blood flow from reaching the growth, causing it to shrink over time. As the fibroid(s) become smaller, painful fibroid symptoms should cease allowing women with fibroids after pregnancy to live fibroid-free lives.

Benefits of Treating Fibroids After Pregnancy

One of the many benefits of UFE is that patients can return home the same day to recover in the comfort of their homes rather than in a hospital bed.

Additionally, UFE is considered a safe, relatively low-risk and better alternative to surgery. If you are a single mother or caregiver, UFE allows women to conveniently get in and out of their appointment without planning for an overnight sitter.

Living with fibroids after pregnancy can be frustrating and tiresome. Don’t just wait for your symptoms to worsen; it’s time to find an effective solution that fits your individual needs.

If you’re ready to take the first step to treat fibroids post-pregnancy, call us at 855.455.5262 or contact us online. At the Fibroid Fighters Foundation, we are happy to answer any questions you may have, discuss treatment options, and find a treatment center near you.

Do you ever wonder about the emotional side effects of fibroids? With spring ready to spread warmth and chirping birds, some may think seasonal depression is gone for the year. 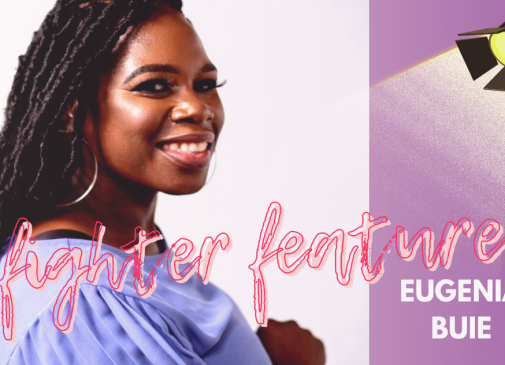 Introduce yourself and don’t forget your name! Hi, my name is Eugenia Buie, and I am a Fibroid Fighter, Survivor, and Ambassador! What are you doing for Valentine’s? How does 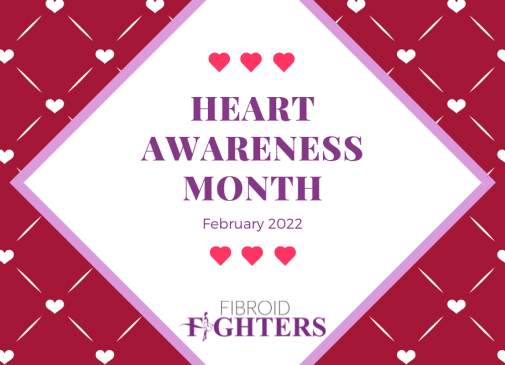 As someone living with fibroids, you probably feel you already have too much on your plate to worry about. Uncontrollable bleeding, unpredictable cycles, severe pelvic pain, frequent urination are just