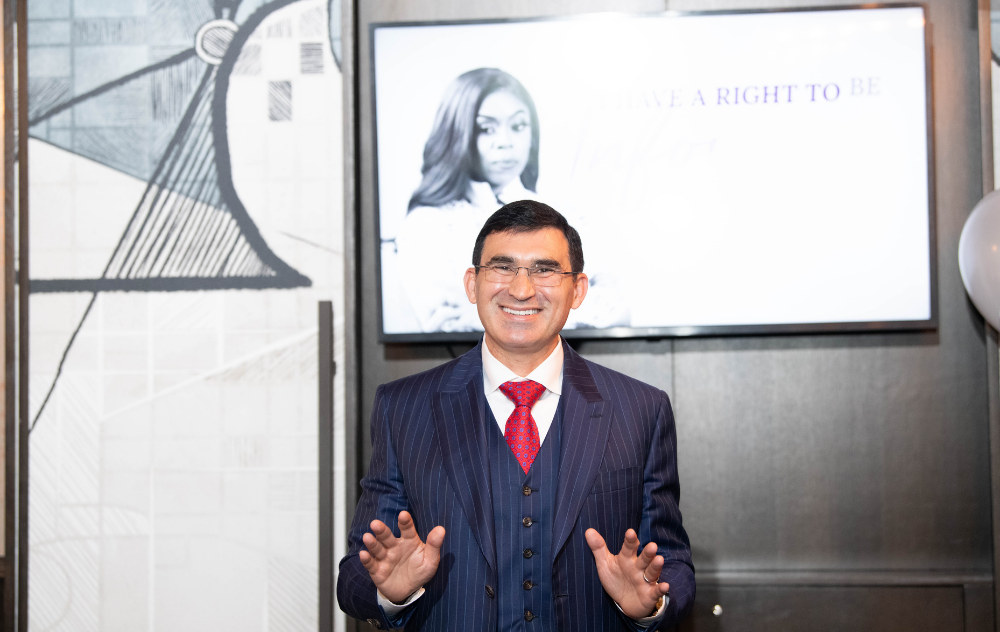 “There needs to be better knowledge about treatment options, especially for women who are interested in preserving their uterus and fertility so they can choose what is best for them,” Katsnelson said. “Uterine fibroids account for close to half of the 600,000 hysterectomies performed each year in the U.S., making them the No. 1 reason for surgical removal of the uterus.1 Non-surgical options, like uterine fibroid embolization (UFE), offer the complete preservation of the uterus and fertility, and need to be part of the conversation early on between healthcare providers and women.”

Film producer Erica L. Taylor also spoke at the event, sharing her harrowing experience with fibroid disease. Like many women, Taylor was unaware of fibroids.

“I had never heard of them,” Taylor explained. “The first thing I was thinking is cancer and that my life is over.” After a sonogram, Taylor was told her fibroids were so large that a hysterectomy was inevitable. As the National Brand Ambassador for Fibroid Fighters, Taylor is working to encourage women to speak out about fibroids to raise awareness and advocate for improved health education and better access to healthcare.

The Fibroid Fighters Foundation is a dedicated supporter of the Stephanie Tubbs Jones Uterine Fibroid Research and Education Act of 2021, which was introduced on March 18, 2021 by Rep. Yvette D. Clarke (NY-9). The bill will provide an estimated $150 million to the National Institutes of Health.

Katsnelson believes the bill is critical to educate the public about the health, social and economic damages caused by uterine fibroids. “We need to focus awareness on fibroids that can help us better understand and treat this disease,” he said. “Women need to know they don’t need to suffer in silence and there are solutions to treat fibroids other than a hysterectomy.”

“We know that between 20 and 30 percent of women of reproductive age have been clinically recognized as having uterine fibroids. The screening studies indicate that the prevalence of uterine fibroids, particularly in black women, may be much higher,” said Congresswoman Yvette Clarke in a pre-recorded roundtable interview with Fibroid Fighters. “This legislation will provide research and education on uterine fibroids so we can find a way to combat a devastating public health crisis that we all face, particularly for women in their reproductive years.”

Fibroid Fighters is a public welfare organization created to advance the cause of women’s health and the safe, effective treatment of fibroids. The foundation develops programming centered on education, advocacy and access to treatment.

Fibroid Fighters’ new campaign “Let’s Talk About U” encourages women to break the silence and share their uterine fibroid experiences by recording a virtual interview. These interviews aim to eliminate the taboo nature of talking about menstruation and the myth that dealing with fibroids is normal.

The Fibroids Fighters Foundation is a public welfare organization created to advance the cause of women’s health and the safe, effective treatment of uterine fibroids. Its mission is to educate the American public about the health, social and economic damages caused by uterine fibroids, focusing on research for and advances in fibroid disease treatment.

About the Fibroid Epidemic

Every 10 minutes, 12 hysterectomies are performed in the United States. Even more astonishing, up to nine of them don’t meet the guidelines cited for a hysterectomy, making them medically unnecessary. Since patients are not always made aware of other options, up to 60 percent of these surgeries are performed to treat uterine fibroids.

2. Examining Disparities in Route of Surgery and Postoperative Complications in Black Race and Hysterectom 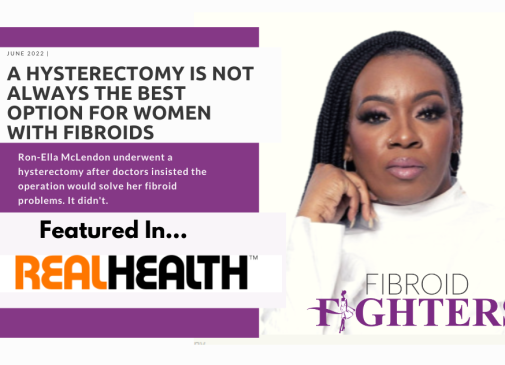 A Hysterectomy Is Not Always the Best Option for Women With Fibroids: Real Health Magazine

Ron-Ella McLendon first experienced menstrual cycle difficulties while she was in high school. “I was going through three to four pads each hour, and I used to pass out a