Toya Johnson Joins the Fight Against Fibroids as an Ambassador 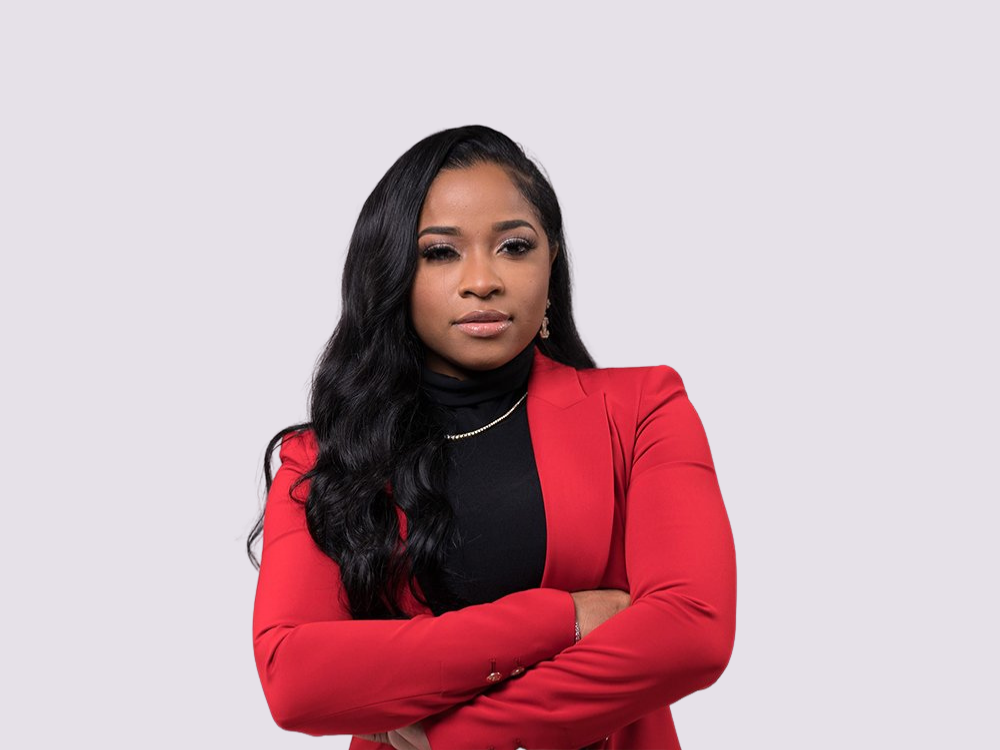 Toya Johnson is joining our fight against the fibroid epidemic as a Brand Ambassador for The Fibroid Fighters Foundation. Toya is widely known for her reality television appearances in “Tiny and Toya”, “Toya: A Family Affair”, and “Growing Up Hip Hop Atlanta”, and shares her fibroid journey as an ambassador in hopes that women will seek solace in and learn from her testimonial. Toya admits that her story isn’t necessarily one of success: even though she underwent a myomectomy, she still suffers from fibroids today.

However, she doesn’t want this to stop women from finding hope in her story. She focuses on a fitness routine and healthy eating to ease her symptoms. Toya is also glad to have learned about the benefits of Uterine Fibroid Embolization (UFE) as an effective, non-surgical option for the future. She’s using her platform as an ambassador to help raise awareness so other women know about UFE as an option. She wants her work as a Fibroid Fighters Foundation ambassador to empower women to be their own advocates when it comes to their health.

There Has to Be a Better Way

Toya’s battle began where most women’s does: with abnormal and severe menstrual symptoms like heavy bleeding and painful cramps that often left her immobilized. She complained to her doctor about her symptoms and was diagnosed with fibroids after getting x-ray testing. Forty-one percent of women see at least two healthcare providers before diagnosis[1], which can add stress and uncertainty to a situation in which the woman is already suffering. Even though the process of her diagnosis was relatively quick, Toya was scared and didn’t know what to expect.

So, she did what many women who receive a fibroid diagnosis would do: she waited to seek treatment. On average, women wait 3.6 years after the initial diagnosis to get treatment[2]. “I waited because I thought the fibroids would get better on their own, but they got worse,” says Toya. When she went to seek treatment, only hysterectomy and myomectomy were presented to her as options. “I had heard of hysterectomy before,” says Toya, “A few of my family members had gotten one, but they were older, so I was surprised it was being presented to me as an option.” Knowing that she wanted to have more children, Toya opted to have a myomectomy done.

However, Toya was warned that even after the myomectomy, her fibroids could come back. She felt that if her fibroids did return, it would inevitably lead to another more serious surgery, which made her upset that there weren’t more and better options for treatment. “I remember thinking to myself, ‘Is there a better way, because this isn’t it,” Toya shares. She’s joining the fight against fibroids as a Fibroid Fighters Foundation ambassador to let women suffering like her know that there’s a better way than surgery to treat their fibroids.

Toya’s decision to get a myomectomy was influenced by her doctors not providing non-surgical treatment options and her debilitating symptoms. “I was so tired of bleeding, so tired of being in pain, so tired of fatigue,” says Toya, “I’d developed anemia because of my fibroids, and was eating ice all the time.” The accumulation and severity of her physical symptoms took an emotional toll on her as well. Toya found herself feeling irritable and isolating from social activities because dealing with her symptoms was so exhausting. Even knowing that her fibroids could come back she chose to undergo a myomectomy to get relief from the physical and emotional effects her fibroids were causing.

The myomectomy removed 10 fibroids, “from gumball to golf ball size,” says Toya. It was a very painful surgery, and she lost 4-6 weeks of her life for recovery, in which she couldn’t work or do things on her own. The recovery time was almost as devastating as her fibroids and her surgery had been, which is another reason Toya is working to raise awareness for non-surgical treatment options, like Uterine Fibroid Embolization (UFE).

“If I had known about UFE, it would have been my first choice, because I missed so many opportunities in my career, lost my independence, and dealt with scarring during the recovery from my surgery,” Toya says. Toya’s frustration with her surgery and the resulting recovery process is exacerbated by the fact that her fibroids did return.

While her symptoms are not as bad as before, she feels like she underwent a painful surgery and difficult recovery and is speaking up about her experience to transform her feeling of defeat into a message of hope. “I believe the more you know the more you grow,” Toya says. Having the courage to speak out about her experience, even though it didn’t have an ideal outcome, can give other women the courage to ask questions, seek better options, and take control of their own fight against fibroids.

Join the Fight to Stop the Suffering

“Sharing our success stories and the stories like mine that aren’t as successful will help other women take the first step towards getting better,” says Toya. She admits she was embarrassed to share her story at first. When she finally opened up to her mom and her aunt, they shared that each of them had been impacted by fibroids, either personally or through someone they knew. She then had conversations with her friends about fibroids and was surprised by how many of them could relate to her story or knew someone who could.

“It’s very frustrating that fibroids are so ‘hush hush’ when so many women suffer from them,” says Toya. By using her platform as a Fibroid Fighters Foundation ambassador, Toya aims to break the pervasive “hush hush” mentality that keeps women isolated and suffering. Sharing is not just caring, as the saying goes. Sharing our stories is powerful because it brings the fibroid epidemic into our everyday conversations, which is how we can achieve the goal of every woman knowing the most effective treatment options available.

We want to make it easy for women to join the fight and spread hope. Attend our “Talk About “U” Instagram Live Series to hear more stories of women like Toya who use their experiences to make a difference and raise awareness. You can also find other ambassadors’ stories in our blog and read about the recent legislation the Fibroid Fighters Foundation is supporting to improve fibroid education and promote research. Be a leader and a beacon of hope like Toya and share your story on our website. We’re always here to answer the questions you have about the symptoms you’re experiencing.

Having uterine fibroids can be a pain in the butt….literally. Hemorrhoids are swollen, inflamed veins that are located in and near the rectum that can cause pain or bleeding. There 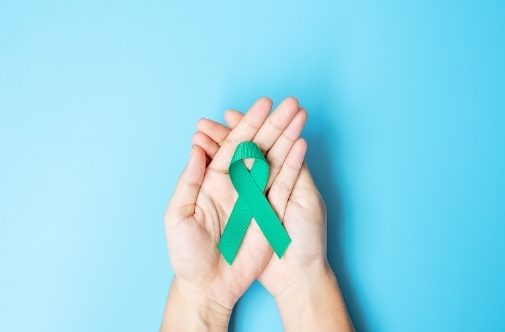 Can Fibroids Turn Into Ovarian Cancer?

According to the Centers for Disease Control and Prevention (CDC), ovarian cancer is the 5th deadliest cancer for women, following cervical cancer. Close to 21,000 people are diagnosed with ovarian 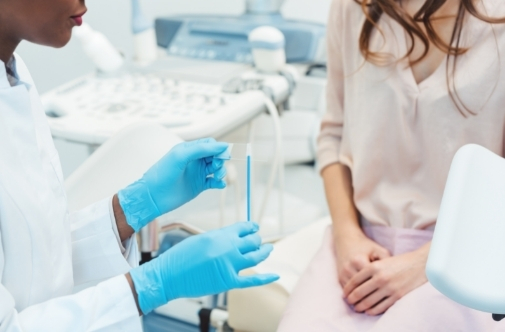 Myth Busting: Can STIs Cause Fibroids?

When it comes to what definitively causes uterine fibroids, benign tumors that develop within the uterus, there are numerous myths. Over the years doctors and researchers have been able to