Can Fibroids Turn Into Ovarian Cancer? 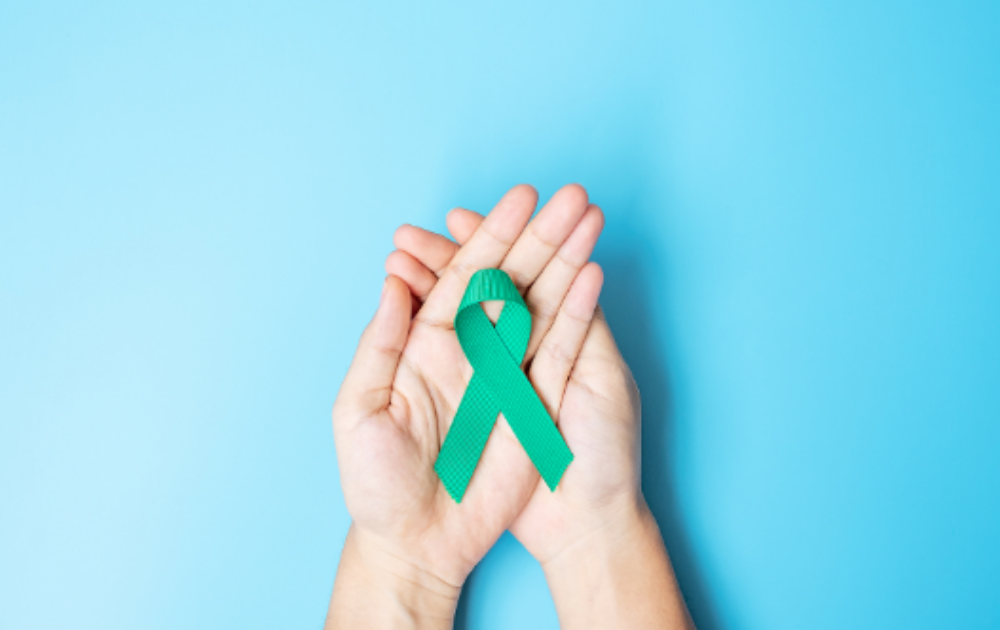 According to the Centers for Disease Control and Prevention (CDC), ovarian cancer is the 5th deadliest cancer for women, following cervical cancer. Close to 21,000 people are diagnosed with ovarian cancer every year. Unfortunately, it has been found that over 14,000 people die from this disease each year.

Comparatively, it is estimated that over 26 million women between the ages of 15 and 50 have uterine fibroids in the U.S. Although fibroids rarely metastasize like ovarian cancer cells do, these growths are a common condition that negatively impacts women’s lives. Both fibroids and ovarian cancer should never be taken lightly. Reproductive diseases like ovarian cancer are more aggressive than other health conditions.

One of the most powerful and productive things you can do for your health is to learn about the signs and symptoms of ovarian cancer. Additionally, if you’re at an increased risk of fibroids or currently have them, it’s important to understand how these two diseases are related.

What Is Ovarian Cancer?

Ovarian cancer is a growth of cells that forms in the ovaries. The cells multiply quickly and can invade and destroy healthy body tissue. Not only can the ovaries be affected by cancerous cells, but also the fallopian tube and peritoneum (the tissue lining the abdomen). The location of where the ovarian cancer is found determines what kind you may have. There are actually three different types of ovarian cancer; these include:

Unfortunately, ovarian cancer often goes undetected until it has spread throughout other parts of the body such as the pelvis. At later stages, ovarian cancer is difficult to treat and can be fatal. According to a recent study, over half of women diagnosed with ovarian cancer are over 60 years old. Therefore, it’s important to get checked for ovarian cancer as you age.

Signs and Symptoms of Ovarian Cancer vs Fibroids

If you’re familiar with common signs of fibroids, you may notice a similarity in regards to the above ovarian cancer symptoms. Women with fibroids often experience pain during sex, irregular periods, pelvic pain, fatigue, and urinary urgency as well as numerous other symptoms. Fibroids and ovarian cancer are completely different conditions; therefore, it’s important to know which disease you may have. Try out our new symptoms checker to see if you have uterine fibroids.

In an article published by Medical News Today, women with irregular menstrual cycles were twice as likely to have developed ovarian cancer by the age of 70 when compared to women with regular menstrual cycles. Therefore, if you’re exhibiting any of the above symptoms, it’s important to track any changes you may be experiencing so you can accurately inform your doctor. Because fibroids and ovarian cancer share a few similar symptoms, it’s crucial to see a doctor or specialist as soon as possible.

What causes ovarian cancer is still vastly unknown. However, doctors and researchers know that ovarian cancer begins when cells in or near the ovaries develop mutations in their specific DNA. These changes inform the cell to multiply quickly, consequently creating a tumor. As the healthy cells die off, cancer cells take over. If left undiagnosed and untreated, these cancerous cells can spread to nearby tissues such as the pelvic or abdomen and break off from the initial tumor. When cancerous cells invade other parts of the body, it can be difficult to treat.

Although researchers don’t know what directly causes ovarian cancer to develop, there are certain factors that may increase your risk such as:

Not only do uterine fibroids and ovarian cancer share similar symptoms, but also a few of the same risk factors. Family history of fibroids, inherited genes, obesity, and early onset menstruation as well as other factors can increase your risk of developing benign fibroid tumors.

Does Having Fibroids Increase Your Risk for Ovarian Cancer?

According to a study published in 2019, women who were diagnosed with uterine fibroids had an increased risk of ovarian cancer. Researchers have not found why this may be a correlation. A drastic change in the production of estrogen and progesterone often leads to fibroid development and growth.

An article published by Johns Hopkins Medicine states a theory of increased exposure to estrogen, could cause an increased risk of ovarian cancer. Although this is just one theory of why fibroids and ovarian cancer are linked, hormones seem to play a major role. However, the earlier those women went through treatment, the less likely they were to develop ovarian cancer.

How Do Doctors Diagnose Ovarian Cancer?

If you think you may have fibroids or ovarian cancer, it’s important to get diagnosed as soon as possible. Even though fibroids are rarely cancerous, symptoms can become progressively more severe and painful over time. Ovarian cancer is an aggressive type of reproductive cancer that can spread quickly before symptoms even arise. Therefore, scheduling appointments can be a proactive way to avoid both conditions. Doctors can test for ovarian cancer with exams such as a:

Being proactive about getting tested for ovarian cancer can be the difference between life and death. Therefore, it’s crucial you follow your doctor’s recommendations about going through with certain exams. These tests can give you peace of mind when it comes to your overall health. Getting tested for uterine fibroids is equally as important.

How Do Doctors Diagnose Uterine Fibroids?

Even though it may not be a matter of life or death, fibroid symptoms can negatively impact your social and work life as well as your relationships. Additionally, fibroids can lead to iron-deficiency anemia which is a serious condition that cannot be left untreated. Uterine fibroid tests may include:

You can learn more about fibroid diagnostic tests here. Whether you think you may have fibroids or ovarian cancer, you should get tested before your symptoms worsen. If you know you are at an increased risk, talk to your doctor about annual checks or exams.

A Pap smear, also known as a Papanicolaou test, does not test for ovarian cancer. Doctors use pap smears to detect potentially precancerous and cancerous processes in either the colon or cervix.

Cervical cancer, which affects close to 600,000 women each year, can often be avoided by getting an annual Pap smear.

Can Ovarian Cancer Be Missed on Ultrasounds?

Depending on the size of the ovarian cancer tumor, an ultrasound could potentially miss the growth. If there are multiple tumors, it could be difficult to know exactly how many there are. Doctors can use ultrasounds to see if there’s an abnormal shape or measurement inside your ovaries, fallopian tubes, or uterus, but it may miss small tumors.

If you’ve watched television or scrolled on social media recently, you may have seen ads targeting women who have used talcum powder during their lifetime. Talcum powder is made from talc, which is a mineral made up mainly of magnesium, silicon, and oxygen. When it is in powder form, it can be used to absorb moisture and cut down on friction.

Talcum powder is in many consumer products because it is able to keep skin dry and help prevent rashes. Talcum powder was used primarily by women who applied it on their baby’s genitals and butts after changing diapers. Additionally, women used talcum powder on themselves in the same regions.

Another similar publication states that the powder particles could travel through the vagina, into the uterus, up the fallopian tubes towards the ovaries. Talcum powder also has been found to increase your risk of lung cancer. However, these studies are still in the interim stages and have yet to be fully investigated.

If you’re not sure your symptoms are caused by fibroids or ovarian cancer, it’s best to leave it to the professionals. It’s important to be proactive about your health; therefore, if you’re experiencing any discomfort or changes, don’t ignore potential early signs.

Tracking any changes you may be experiencing to your diet, energy levels, mood, period, pelvic area, etc. can help your doctor conduct the correct exams. If you’ve gone to a physician and they think it could be fibroids, it’s important to consult with a specialist about your treatment options. There are many different fibroid treatments, both surgically and non-surgically, that can give you relief from your symptoms.

Thankfully, the Fibroid Fighters Foundation is here to help answer any questions you may have about fibroids, diagnostic tests, and treatment options. We are a non-profit organization committed to providing women with educational resources about their health and options. If you have had fibroids in the past and are worried about your ovarian cancer risk, give us a call and we can recommend a specialist that can help you get the answers you need to make an informed decision about your health.

Our team is here to assist you throughout your fibroid journey from diagnosis to treatment. 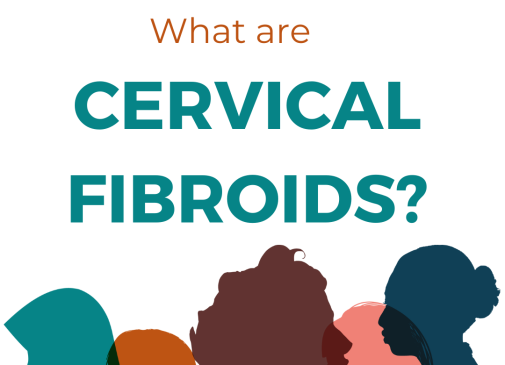